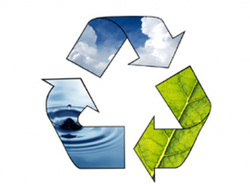 Some seeds we planted in a row.
We watered and fed them and watched them grow.
At last they sprouted and grew for weeks,
Until we had crisp, fresh lettuce  to eat;
But the sign of death appeared: it seemed impossible for us to compete!
Off to the compost they had to go,
To feed the worms and rot and so-
To become an entirely different thing–
a little paper, some leaves and such-
Maybe a little blood and bone would be the touch.
It seemed to take no time at all; when all was prepared for us to go,
And simply plant another row.

The first so fresh and crisp to eat,
But as we failed and could not compete;
They became a food of a different kind,
And fed the worms and soil – why had we been so terribly blind?
To see the cycles the LORD prepares,
To show His children He truly cares!
Powered by